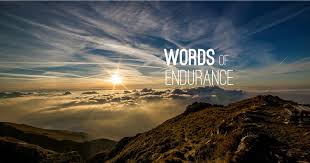 Today in times of COVID-19, we are facing severe adversaries in our life’s….

Henceforth I wanted you all to go to Bible and Let us look into the book of Job…..

Job is a wealthy man living in a land called Uz with his large family and extensive flocks. He is “blameless” and “upright,” always careful to avoid doing evil. One day, Satan appears before God in heaven. God boasts to Satan about Job’s goodness, but Satan argues that Job is only good because God has blessed him abundantly. Satan challenges God that, if given permission to punish the man, Job will turn and curse God. God allows Satan to torment Job to test this bold claim, but he forbids Satan to take Job’s life in the process.

Henceforth during the course of the day, Job receives four messages, each bearing separate news that his livestock, servants, and ten children have all died due to marauding invaders or natural catastrophes. Job tears his clothes and shaves his head in mourning, but he still blesses God in his prayers. Satan appears in heaven again, and God grants him another chance to test Job. This time, Job is afflicted with horrible skin sores. His wife encourages him to curse God and to give up and die, but Job refuses, struggling to accept his circumstances.

Job curses the day he was born, comparing life and death to light and darkness. He wishes that his birth had been shrouded in darkness and longs to have never been born, feeling that light, or life, only intensifies his misery.

However, all through the days of his pain his friends and relatives were around him, but the Bible tells us that Job ponders man’s relationship to God. He wonders why God judges people by their actions if God can just as easily alter or forgive their behavior. It is also unclear to Job how a human can appease or court God’s justice. God is unseen, and his ways are inscrutable and beyond human understanding. Moreover, humans cannot possibly persuade God with their words. God cannot be deceived, and Job admits that he does not even understand himself well enough to effectively plead his case to God. Job wishes for someone who can mediate between himself and God, or for God to send him to Sheol, the deep place of the dead. We find that Job sustains his confidence in spite of various criticisms, responding that even if he has done evil, it is his own personal problem. Furthermore, as we can see in book of Job Chapter 16 verse 19 to 25 he believes that there is a “witness” or a “Redeemer” in heaven who will vouch for his innocence. Job wants to confront God and complain, but he cannot physically find God to do it. He feels that wisdom is hidden from human minds, but he resolves to persist in pursuing wisdom by fearing God and avoiding evil.

Let us look into sufferings of Job-

I would like to give a suggestion looking at the friends of Job to you all that – when a friend is suffering greatly, be there for them, don’t say much, if anything, just be there, and pray.

Well!!…Suffering cannot be explained by the simple principle of retributive justice, where each person gets what he deserves. We often see in life, it is the righteous who suffer and the wicked who prosper. I myself have experienced when I started in business in 2013 and reached to the worse of my life with severe debts in 2017. Life is like this we need to go by God’s timing and plan.

God was not Job’s enemy, as he may have wondered. God had a purpose and a plan, Job simply didn’t know it yet. Finally, Job gets his conversation with God. As explained in the book of Job chapter 38 to 41, God reminds Job of His deity and authority, of His eternality and power over creation, of His wisdom and omnipresence, of His understanding and supremacy. Job was blessed by the reminder of God’s character, he was further blessed as “the LORD restored his fortunes and gave him twice as much as he had before,” God restored Job’s fortune with “14,000 sheep, 6,000 camels, 1,000 yoke of oxen, and 1,000 female donkeys”. He was restored Job’s family with seven sons, three daughters, and four generations of grandchildren.

So we see that God reminds Job that the world has order and beauty, but it is also wild and dangerous.

Hence when facing things that are not in accordance with our conceptions and imaginations, we should know how should we treat them, we should see the essence of them according to God’s word and should not analyse the appearance of things with our mind.

While we do not always know why we suffer, we can bring our pain and grief to God and trust that he is wise and knows what he’s doing.

Do Not Sell My Personal Information

In God We Trust

In God We Trust